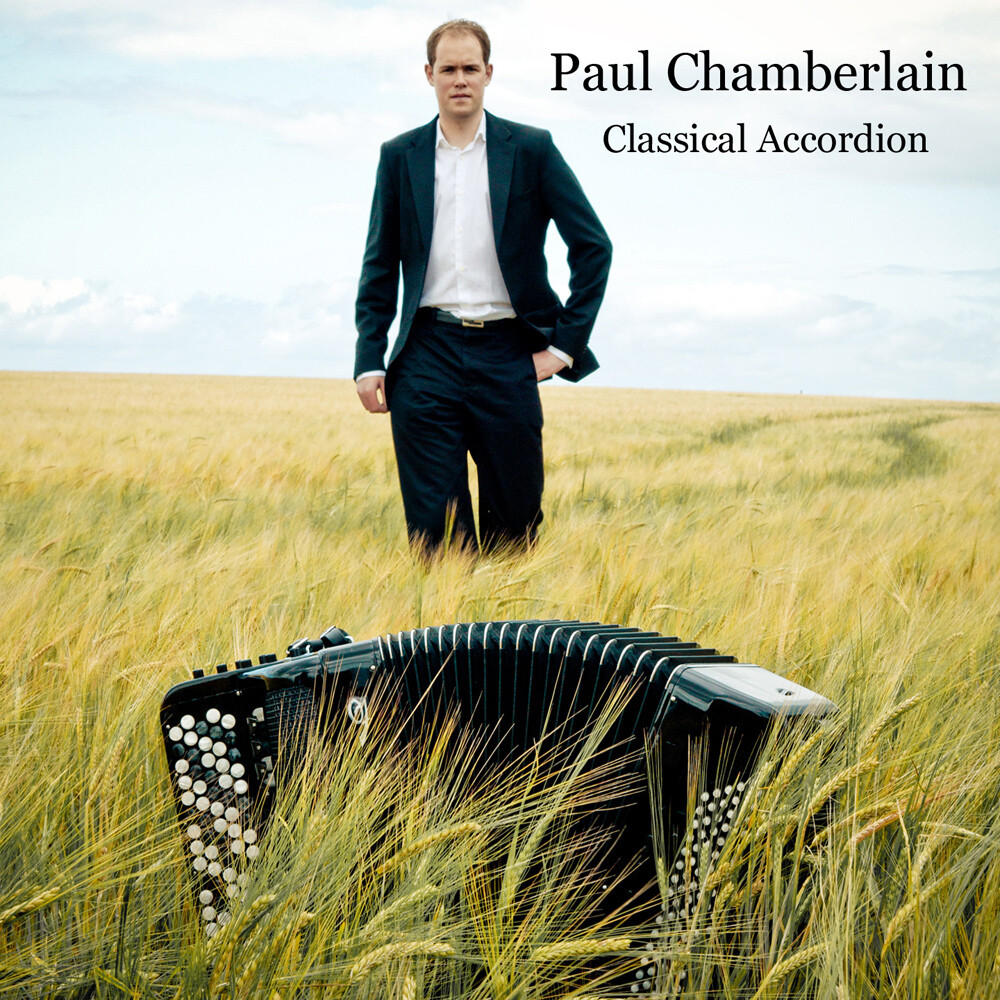 This is the debut CD from classical accordionist Paul Chamberlain. It features transcriptions of works by Bach, Rameau, Khachaturian and Moszkowski along with original works for accordion by Nagayev and Angelis. The classical accordion is a very versatile instrument capable of producing a wide range of musical nuances and textures. From the majestic organ works of Bach, to Moszkowski’s virtuosic Spanish Caprice, Paul’s performance is captivating thoughout. Paul Chamberlain graduated with a First Class Honours Degree in Classical Accordion from the Royal Scottish Academy of Music and Drama where he won the Governor’s Recital Prize in 2010. He was also a finalist in the keyboard section of the Royal Overseas League Competition in 2011.

Save this product for later
Display prices in: GBP